By Alexis Martin Neely. Reprinted with permission from www.familywealthmatters.com 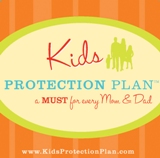 guardians for their kids because they really can’t decide.

But, here’s the thing. If you don’t decide and something happens to you, the decision gets made by a Judge.

You don’t want that, do you?

Things to Consider When Making Your Decision:

If you don’t decide, a Judge will. Even your worst choice would be better than that, right?

The free KidsProtectionPlan.com website will walk you through the entire process of choosing the right guardians for your kids and then legally document your decisions.

If not knowing who you want to name has been holding you back, don’t let it hold you back a second longer.